This site uses cookies to offer themselves a better service. If you continue to browse consider acceptable for use.

Cod loin filled with a delicious creamy spider crab puree. Its success lies in the perfect combination of flavours and the selection of the cod loin itself, the most succulent part of the fish found between the head and the back.

Pintxo prepared with seasonal courgette and spider crab meat mixed with soft cheese. An exquisite pintxo that has been served in Bar Martínez for 20 years.

Bonito-stuffed pepper with a tartare sauce

Prepared with Lodosa D.O. peppers which are stuffed with quality bonito, accompanied by a tartare sauce and dressed with a sherry vinaigrette. Freshly prepared. This is one of Bar Martínez’s specialities and its secret lies in the quality of the ingredients. It tastes so good that many customers want it "intravenously"!

Pintxo prepared with authentic Russian king crab and served on crostini. Bar Martínez was a pioneer in using this product and serving this delicacy, better known as a "chatka pintxo".

Anchovies marinated in vinegar for 3 to 4 hours and then soaked in oil. Served on crostini covered with very spicy red and green pepper. A tasty bite that you won’t be able to say no to. 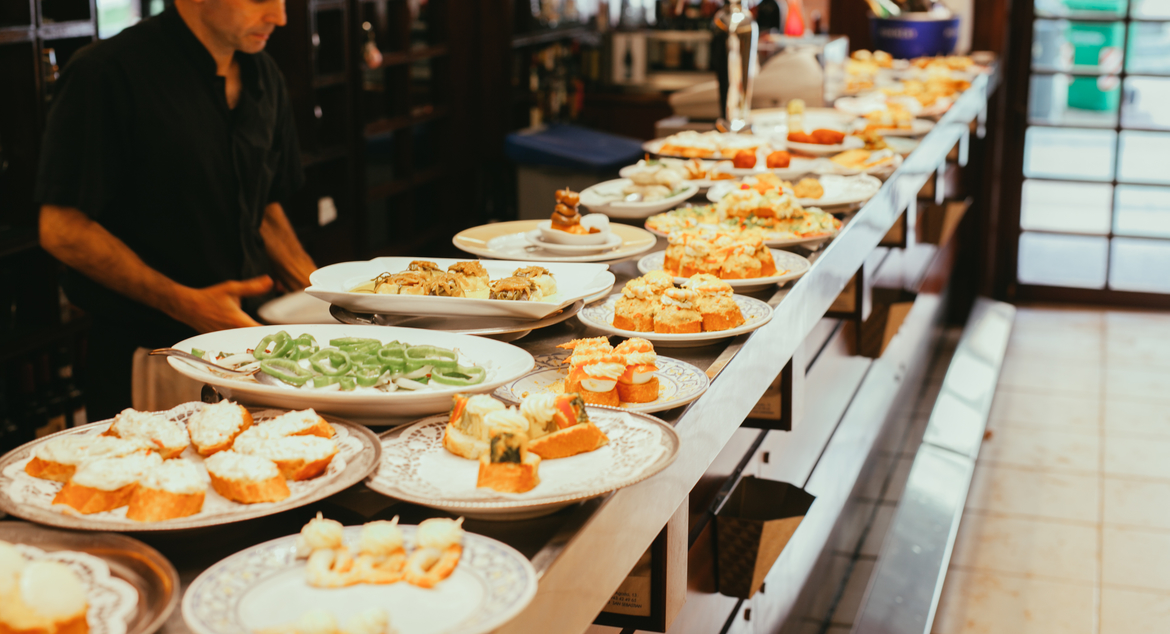