This site uses cookies to offer themselves a better service. If you continue to browse consider acceptable for use.

Bluefin tuna prepared with onion and a marmitako puree

Almadraba-caught bluefin tuna served with a marmitako puree and a sprinkling of onion. One of Bar Martínez's more recent creations that you won’t be able to resist.

One of the first skewered appetisers that Bar Martínez, as a pintxo bar, began to serve in the 1940s. Extraordinary pintxo of button mushrooms prepared with a garlic and chilli sauce. Served on bread. A classic that doesn't fade over time.

Crunchy battered prawns. The prawns are covered with flour and egg and fried in oil just before serving. Carefully battered to retain the superb flavour of the prawn.

This is one of the bar’s innovations. Select cod kokotxa (the flesh under the fish’s jaw) covered with flour and egg and fried in olive oil. Seemingly simple to prepare, but you’ll be surprised when you taste it. 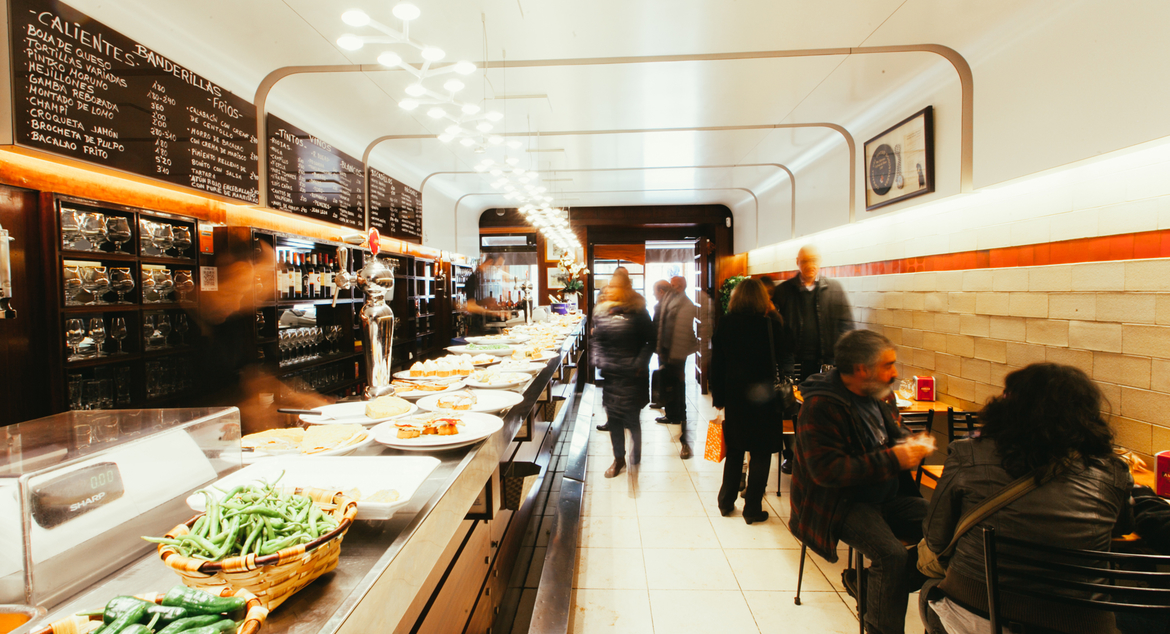